The Art of Rap – Something from Nothing! 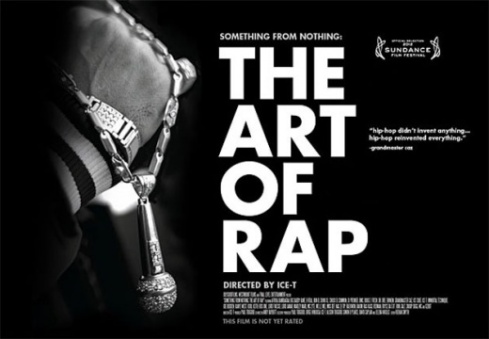 Ice-T’s new anticipated film – “Something from Nothing: The Art of Rap” is finally here, I’ve been waiting for this baby for quite some time!

Between his roles on Law and Order and starring in his own bizarre reality TV Show – Ice loves Coco, rapper and all around cool mutha trucka Ice-T has managed to step behind the camera for the first time with a new documentary titled The Art of Rap.

Ice has enlisted 50 different emcees, and said that the current influence on pop in hip hop led him to make a film discussing the serious of art of rhyming – ahmen!

Get your forshizzle on, the documentary is out now beyatches!

Im a freelance cowgirl! END_OF_DOCUMENT_TOKEN_TO_BE_REPLACED
This entry was posted on Tuesday, July 3rd, 2012 at 11:00 pm and posted in Uncategorized. You can follow any responses to this entry through the RSS 2.0 feed.
« The Devils Knot – Story on The West Memphis Three
OZ The Great and Powerful new Movie Poster »