The Devils Knot – Story on The West Memphis Three 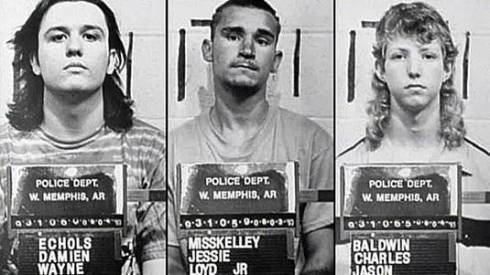 The Devils Knot is the true story of the infamous West Memphis Three.

The movie is based on the savage murders of three young children which sparks a controversial trial of three teenagers accused of killing the kids as part of a satanic ritual. Reese Witherspoon and Colin Firth are already attached to this much anticipated movie.

Director Atom Egoyan recently discussed the depth of the murder trials with speakeasy “I can’t think of any other story that’s been unsolved, which remains at some level mysterious, and also which has been subject to such scrutiny.” He calls theWest Memphis Three murders a piece of “American Mythology now” and is looking forward to fully delving into the project.”.

Im a freelance cowgirl! END_OF_DOCUMENT_TOKEN_TO_BE_REPLACED
This entry was posted on Tuesday, July 3rd, 2012 at 1:43 am and posted in Uncategorized. You can follow any responses to this entry through the RSS 2.0 feed.
« Amber Heard anyone?
The Art of Rap – Something from Nothing! »