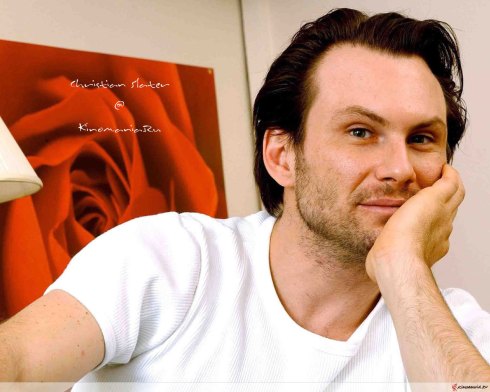 Article by James
I do find it very curious the amount of film roles Christian Slater has coming out over the next two years. Where has he been us Gen X’s may wonder? Seems the guy from such cult flicks as 1998’s Heathers and 1990’s Pump Up the Volume disappeared there for a while but… not at all.

Seems Mr Slater’s Agent (obviously the most unrelenting Agent in the business) has kept him quite busy despite the dubious choices. After squizzing over his career, Slater has turned to TV when in dire straits. And there have been many rough patches. Following on from his early cult hits, Slater brushed the big time with a lead role in 1993’s True Romance and minor roles in 1994’s Interview With The Vampire alongside Tom Cruise, only to run through a string of regretables (sic). Mixing in successful TV appearances such as 3 eps of The West Wing in 2002, an episode of Curb Your Enthusiasm in 2009, and a two year stint in an aptly titled show called The Forgotten, the Naughties seemed to best remember Slater for an uncredited role in the original Austin Powers film as “Easily Fooled Security Guard”. Oh dear.

So, as I was saying, it is odd to see him back in business on the big screen with three films in post production, one completed, and the Stallone led Bullet to the Head released in Oz in April. I guess numerous years stewing in a TV show called Robot Chicken (???) paid off! But, best not lead thy cast Squire Slater me thinks. Consider last years Soldiers of Fortune, which made $34,000 with a budget of over 8million. And then there is Playback. Considered the worst performing film of 2012 with a budget of over 7million and box office of $264. Yes, $264. That isn’t a typo.

Slater always did remind me of Stephen Dorff’s brother. Then there is the nose hair issue and the “looks like he smells” thing. I digress.

Im a freelance cowgirl! END_OF_DOCUMENT_TOKEN_TO_BE_REPLACED
This entry was posted on Thursday, February 14th, 2013 at 2:29 am and posted in Uncategorized. You can follow any responses to this entry through the RSS 2.0 feed.
« Tom Ford is Never Wrong!
My Myers, Where are You? »

One response to “Later Slater!”