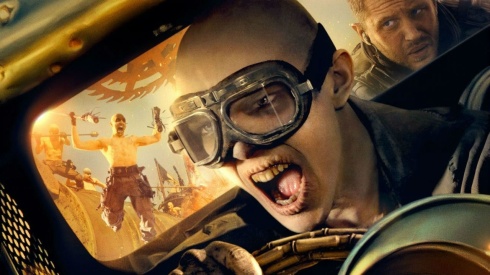 Set in a post-apocalyptic world where people fight to the death, Max (Tom Hardy) joins forces with a mysterious woman Furiosa (Charlize Theron) to fight to stay alive. The films follows Max as a lone survivor who gets caught up with a group of people fleeing across the Wasteland in a War Rig driven by the enigmatic Furiosa.

Max Max: Fury Road, produced and co-written by George Miller sees the Mad Max franchise come back to life after 30 years. Plans for the fourth film in this franchise hit financial difficulties which saw the project come to a halt for over “25 years”.

There were rumours that Mel Gibson was set to make a cameo, but alas that wasn’t to be, although it would have been totally cool. This is what Miller recently told the Sydney Morning Herald “our film, luckily after a ridiculous amount of work, is testing extremely well…We’re very happy. There has been a lot of doubt about it, with people saying “it took so long’, but Warners have delayed it until 2015 to go into the top weekend of the year.”

Mad Max will be hitting Theatres May 14th; I’ll be there, will you?

Im a freelance cowgirl! END_OF_DOCUMENT_TOKEN_TO_BE_REPLACED
This entry was posted on Friday, April 10th, 2015 at 5:36 am and posted in Uncategorized. You can follow any responses to this entry through the RSS 2.0 feed.
« Amy Winehouse – The Official Documentary!
Going Clear – The Scientology Movie! »